Is Tissot a Good Watch Brand? Are you want to solve this query if yes, then read my entire article carefully because we have covered the History of Tissot watch, the Reputation of Tissot and more.

Since 1983, Tissot, the Innovators by Tradition, has been a component of The Swatch Group. Tissot has expanded into more than 150 nations since its founding in 1853. 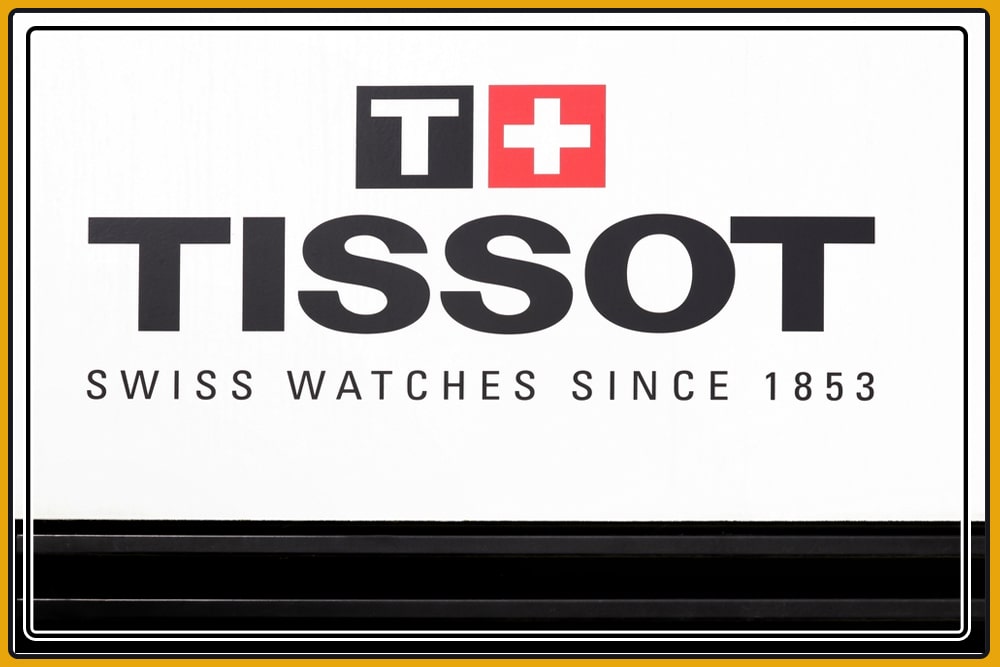 Gold pocket watches are one of the company’s first crafts, and Tissot watches are mostly for export. The company has already sold its products in the United States during its first year.

Tissot finally reaches Russia five years later, in 1858. When Charles Tissot, the third generation of the Tissot family, moved to Moscow in 1885, it paved the way for Tissot’s development into Russia. He was just meant to be in charge of a small branch.

However, he later opted to marry a Russian woman and start a family in her country. The Russians make up the bulk of Tissot watch clients as a result of their personal connections and relationships with the locals. In Russia, the watch brand became so well-known that it even reached Tsar Alexander II’s court.

In 1907, Charles Tissot helped the company create its own plant in Le Locle’s Chemin de Tourelles. They worked hard to suit the needs of their global consumers there. The headquarters have remained in the same location until now. The business began making women’s wristwatches in 1910.

These items stood out since they were constructed of gold and platinum, and some of them even had diamonds. Tissot also offered men’s wristwatches long before they were fashionable. In 1917, Tissot became a manufacturing firm, continuing the company’s evolution.

The Tissot Plan went into effect in 1933. Paul Tissot designed a marketing strategy for Tissot timepieces. In principle, the Tissot Plan called for targeting specific markets and free distribution of the company’s catalogues to merchants.

Despite the fact that the watch company has been around for a long time, it was still impacted by the Quartz Crisis, as were other watch companies. Nicolas Hayek proposed that Tissot join and combine with a large and well-known watchmaking business at the time in order to maintain its position in the industry.

Tissot didn’t decide to join SMH until 1998. The brand also made a bold move in redefining itself by creating new distinctive timepieces such as the RockWatch, WoodWatch, and PearlWatch.

Tissot continued to create innovative timepiece ideas. Tissot introduced the T-Collection at the end of the 1990s, which includes new models with enhanced features.

Tissot released the T-Touch in 1999, which was the first tactile watch. The T-Touch Expert Solar was later developed by the business as a solar-powered device, which is another world first. Tissot is also active in the sports world, serving as an Official Timekeeper for a variety of sporting events.

Is Tissot a Good Watch Brand? 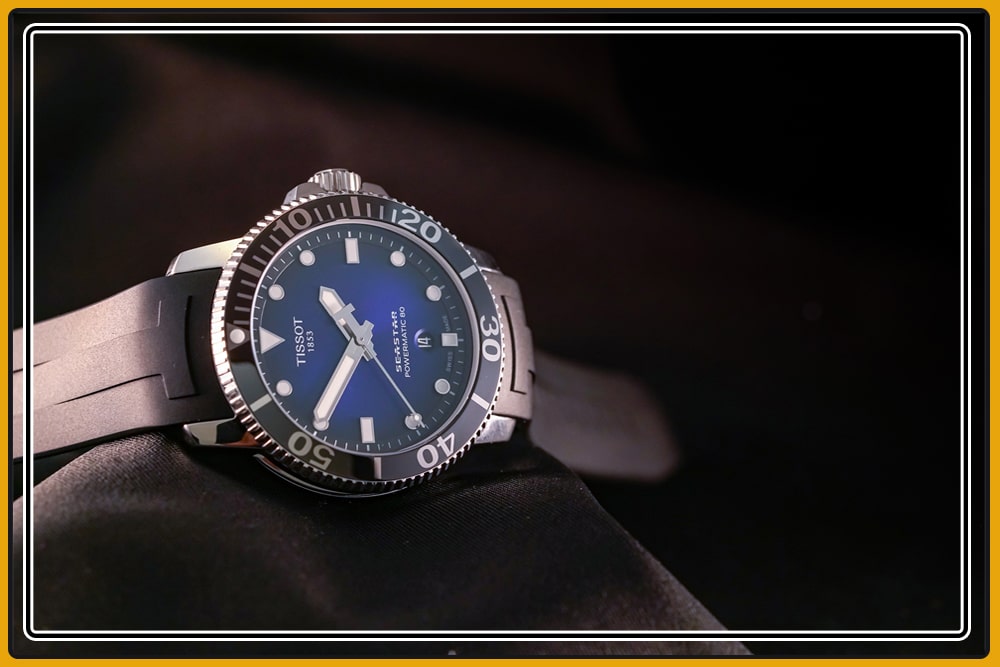 Charles-Félicien Tissot and his son, Charles-Émile Tissot, established the company in 1853 in Switzerland. The Swiss Swatch Group has owned Tissot since 1983.

Tissot Timepieces Are Made in Switzerland

Tissot’s headquarters have been in Le Locle, Switzerland, from the company’s beginnings. As a result, every Tissot timepiece is created entirely in Switzerland. Because everything is made in the same nation, the entire production cost is lower, allowing the company to sell its watches at a lower price.

Are Tissot’s Timepieces of High Quality?

Tissot is known for producing high-quality watches that are very reasonably priced. When it comes to high-quality watches, no authentic Swiss brand can match Tissot’s price point. Because to its efficient manufacture and affiliation with the Swatch Group, Tissot was able to accomplish this.

Swatch Group is a huge Swiss business that owns a number of well-known watch brands, including Omega, Longines, and Blancpain.

What Makes a Tissot Fake?

Although imitation Tissot watches are less prevalent than replica Rolex or G-Shock watches, some timepieces claiming to be Tissot are made in China or Asia Pacific.

Even if you only handle one, you can tell if it’s a duplicate because of the engraved “Made in China.” When compared to real clocks, replicas feel instantly cheap and are substantially lighter. If it’s on a bracelet (rather than a strap), you’ll hear a small rattling with every movement.

If the watch is a chronograph, you can tell right away if it is one by looking at the subdials. It’s an obvious indicator if they’re not moving and operating properly.

Is Tissot a high-end watch manufacturer?

Tissot is a middle-tier watchmaker, not a luxury watchmaker. This may be found in the Swatch Group Portfolio, which displays specific brand levels.

Tissot is positioned just above Swatch and Flik Flak, which are both entry-level watch brands. Tissot’s pricing range is USD 500 to $1,000, which applies to both mechanical and quartz watches.

While different people may have differing perspectives on where luxury stands, the Swatch Group Portfolio provides a reasonable benchmark of where the companies stand.

Tissot has earned and maintained a strong reputation in the watchmaking business due to its lengthy history and for being a true Swiss brand from the beginning. Its recent merger with the Swatch company has boosted its marketing efforts and resulted in the release of more cutting-edge designs, giving the brand fresh life.

Tissot watches are known for their great design and craftsmanship, and many watch aficionados consider Tissot to be a “affordable luxury” brand.

Tissot has also been reinventing the styles and functions of their timepieces, ensuring that they stay on-trend or stay one step ahead of it. Some of its creations, such as the WoodWatch and the RockWatch, may appear odd to some because of their amazing originality, while others may find them more appealing.

Is Tissot Superior to Seiko in Terms of Quality?

If both watch brands are under $1,000 and the goal is longevity, dependability, and watch enjoyment, I believe Seiko will come out on top. Due to the huge range of models and technology available, comparing brands like this is quite challenging.

On the one hand, Tissot is recognised for its affordable watches, which feature high-quality, cutting-edge technological movements like the Powermatic 80. Seiko, on the other hand, is known for its dependability, and its watches grow in value with time.

Regardless, both manufacturers produce excellent timepieces for their respective price points, and they are both excellent watch options. Because the competition is so close, it doesn’t really matter who has the better build or mobility. What matters is that the style is appropriate for you and that you enjoy wearing it.

All Tissot watches come with a two-year international guarantee starting from the date of purchase, as long as the owner can provide a properly completed warranty certificate stamped by an official Tissot dealer.

Material and manufacturing flaws are covered under the international warranty. The worldwide warranty, on the other hand, excludes the battery, regular wear and tear, and any damage to the watch caused by the watch’s owner’s negligence or accident.

In any case, you can visit any authorised Tissot Service Center at any time to get your watch maintained, periodically cleaned, or repaired.

Is Tissot a self-contained company?

Tissot doesn’t do a lot of their own moving around. Tissot watches often feature ETA movements. This is typical of Swatch Group brands.

Omega, Brequet, and Blancpain, for example, are Swatch Group brands that create and manufacture their own movements. Because the Swatch Group is such a large Swiss corporation, research and development is frequently shared throughout its brands.

However, when movements aren’t checked throughout time, they may have defects in early generations.

As a result, in order to avoid disappointment, it’s crucial to conduct your own study on the movement you’re receiving. It doesn’t take long for flaws in motions to make their way onto watch forums and blogs.

Only a few watchmakers have been able to build a business empire out of small workshops. Tissot is an example of a brand that has consistently offered high-quality watches to the market.

The materials, movements, and technologies are top-of-the-line, providing owners with the level of dependability that a Swiss watchmaker is known for.

We hope that this Tissot watch review has convinced you that Tissot is not just a good but an amazing wristwatch brand that offers luxurious watches at reasonable prices.