Are you need a guide about Are Solar Watches Reliable? If Yes, then read it! Solar watches are one of a kind in that they may run on energy from the sun or artificial light.

Solar cells are used to power them either entirely or partially. They’re not only convenient because you don’t have to deal with the inconvenience and price of replacing the battery, but they’re also ecologically beneficial.

Silicon cells with semiconductors are used in solar watches. When light strikes these Silicon cells, a portion of it is absorbed by the semi-conductors, causing electrons to flow within. This current of electrons can be harnessed by connecting metal contacts. After that, the energy is stored in a rechargeable battery.

The Evolution of the Solar Watch

In March 1968, inventor Roger Riehl created the first iteration of a solar watch, which was followed by a prototype in 1970 and a full production version dubbed the “Synchronar” in 1972.

For its day, the Synchronar was an extremely distinctive and futuristic-looking watch, what was known as “Space Age design” at the time.

The majority of LED watches couldn’t compete with the considerably more energy-efficient LCD watches that began to come later in the 1970s.

The Synchronar, on the other hand, was able to endure thanks to its solar power and boasts one of the longest production runs in watchmaking history, lasting until 2007. It also had some very sophisticated features for the time, such as being certified for diving to a depth of 700 feet, magnetically operated controls on the top, and the ability to automatically adjust for Daylight savings and leap years.

The Citizen Crystron, the first solar watch with an analogue display, was introduced in 1976 and became a watershed moment.

What Is the Process of Creating a Solar Watch? 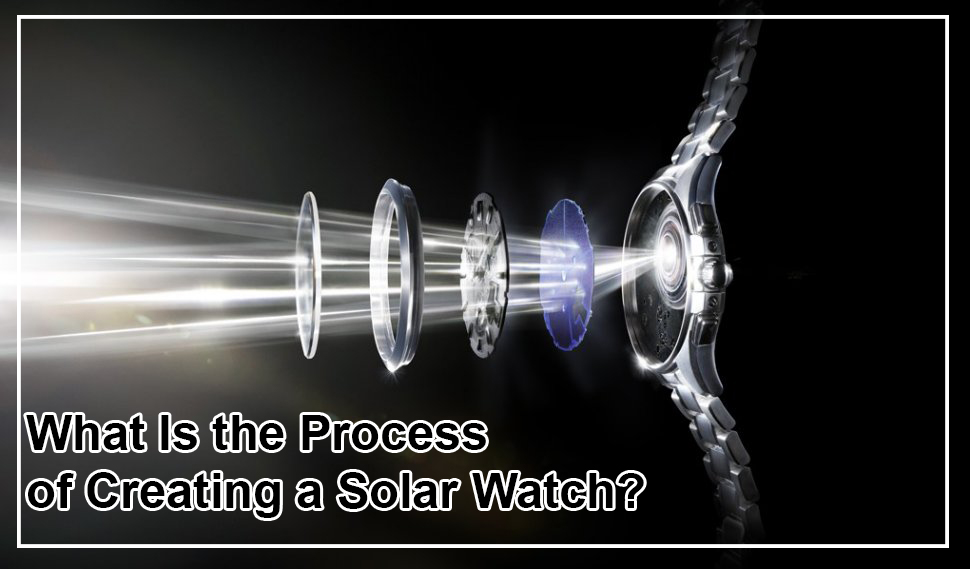 Solar watches have a very simple operating mechanism. The additional solar power generation is the only difference between it and a regular quartz watch. The solar cells above or below the dial absorb light (natural or artificial) and convert it to electricity. Solar cells are also known as photovoltaic cells because of this phenomenon (or short as PV cells).

The electrical energy will then be stored in a rechargeable battery with an overcharging protection feature. The watch operates in the same way as a regular quartz watch from here on out.

The mechanism is fairly simple, but due to the small size of a wrist watch, there were numerous problems. The major problem is to ensure that the solar cells and battery are extremely efficient, despite their small size. Because of advancements in battery technology, most solar watches now carry a minimum of 6-months of power reserve from a full charge.

However, I feel that the efficiency of solar cells is something that we can increase. Most solar watches, for example, charge quickly in bright sunlight but require a lengthy time to charge when exposed to standard indoor/office illumination.

Is It True That a Solar-Powered Watch Is More Reliable Than You Believe?

Isn’t it annoying when you come upon a fantastic watch in a box and want to wear it, but the batteries have died? There may be ways to get things up and running again, but when you just want to put your watch on and go, it’s too much trouble.

In most cases, these watches are returned to the box until five years later, when you discover it and bemoan the lack of a rechargeable battery!

Of course, there are ways to get a fantastic watch that can be revived after being put in a drawer for decades, not just years.

These watches have been available for a while, but some people are still wary of them, believing that they aren’t entirely trustworthy. These are solar-powered timepieces, which are made by almost all of the main watch makers.

If you come across a solar-powered watch in a box, it will not only make you happy, but it will also be beneficial for the environment.

The Watch That Doesn’t Require a Battery 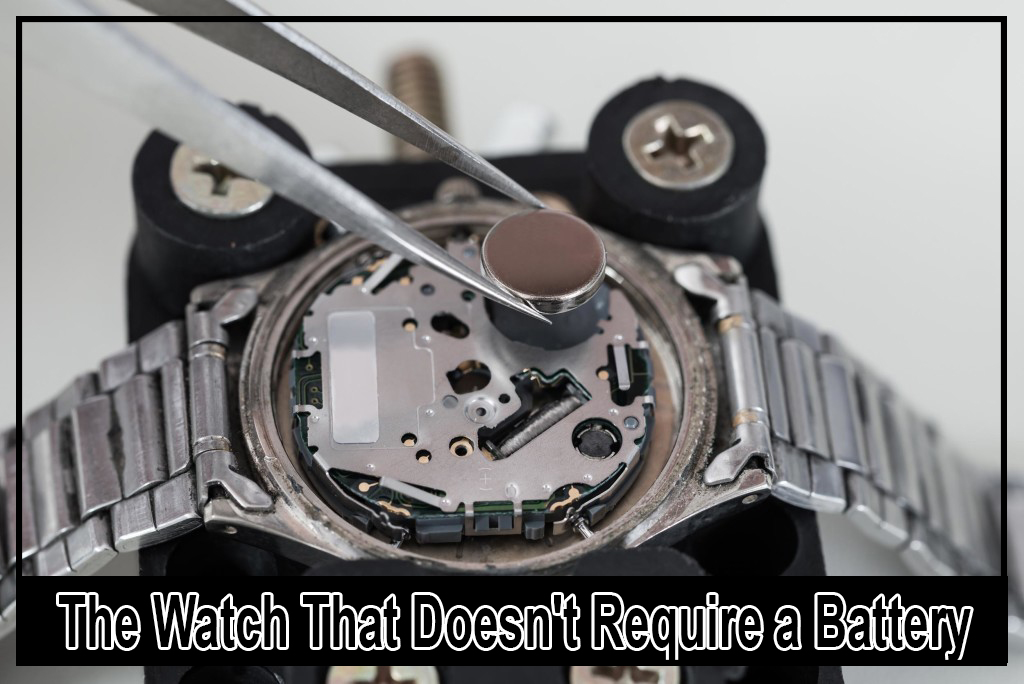 On the first point, not needing to replace the battery, this pertains primarily to quartz watches that are battery operated, where battery replacement is required every few months.

Solar watches, on the other hand, do not imply that you will never have to replace batteries; rather, the batteries in solar watches are designed to last for decades and will not need to be replaced.

Keep in mind that outdated batteries have a lower power reserve. To give you an idea of how long a fresh solar power battery will endure, consider the following: A new Citizen Eco-Drive solar power battery may survive up to Without being charged or exposed to light for 6 months.

The Benefits of Solar Watches

Solar powered watches will most likely not stop working if properly cared for, unless they are stored in complete darkness for months at a time, in which case the battery will be unable to charge.

As a result, a solar watch is on most of the time, ensuring that timekeeping is accurate and consistent.

Do Solar Watches Necessitate the Use of Batteries?

Batteries are necessary for solar watches. The solar panel of the solar watch absorbs light and converts it to electrical energy, which is then stored in the battery.

Solar watches’ batteries do not need to be replaced because they can survive for more than ten years.

How Many Features are In Solar Watches? 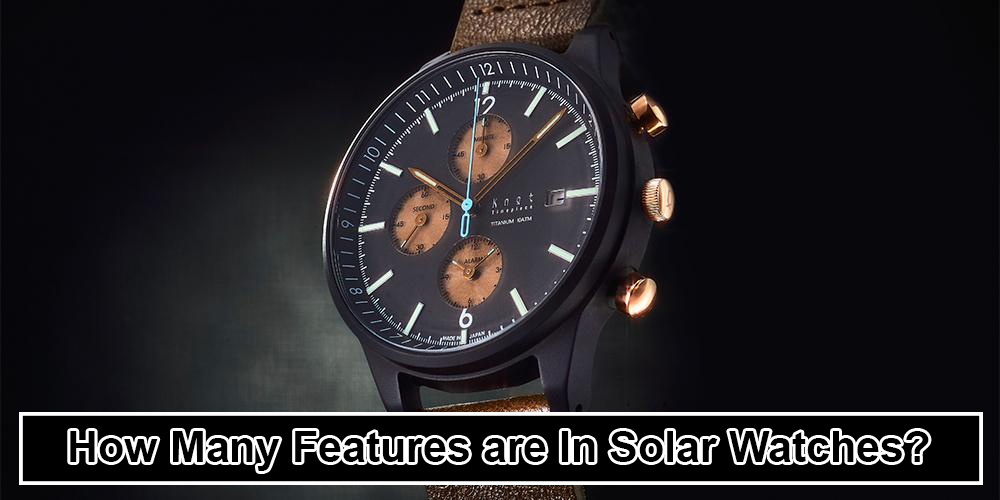 Solar watches are typically made to be stylish and functional. Solar watches are built to last, with stainless steel or titanium casings and, in many cases, toughened mineral or sapphire crystals. The dial of certain watches has a blue-grey hue to help with sunlight.

A barometer, compass, thermometer, and altimeter are all included in certain solar watches, as well as an LCD display. Women’s and men’s solar-powered watches are both functional and fashionable.

Is it Trendy to Wear Solar Watches?

What is the Average Life Expectancy of a Solar Watch?

As long as it is exposed to light on a regular basis, solar watches can survive an eternity. Solar watches will continue to function in the dark, thanks to their power-reserve capability, which allows them to operate continuously for months, if not years, without needing to be exposed to light.

What are the Most Effective Solar Watches?

Solar watches are without a doubt my favourite timepieces since I never have to worry about replacing the battery or the accuracy of the time. Below are some of my recommended solar watches, which I believe are a must-have due to their dependability and durability.

Solar watches, like any other type of watch, have their own set of issues, the most prevalent of which are solar cells and rechargeable batteries.

If the battery still doesn’t charge after being exposed to bright light, there may be an issue with the solar panel or the battery. This is frequently caused by an ancient solar watch. The batteries have their own life cycle and will degrade over time. It’s the same way that our laptop batteries develop issues (slow charging, rapid depletion, etc.) after a few years of use.

If this is the case, a battery replacement is required; nevertheless, please contact the watch maker and send it in for inspection to be sure.

Solar watches are thought to be the next stage in watch technology. When all of the fossil fuels have been extracted and depleted, mankind’s future depends on renewable energy. A solar watch is a low-maintenance watch that doesn’t require a battery change every few years. It also has a long power reserve, something all automatic watch owners will appreciate.