Casio has become one of the largest and most recognized and well-respected Japanese electronics brands. The brand has developed new timepieces with fascinating new designs and technologies over the years while keeping some of its classic models.

So, is Casio a good watch brand? In this article, we have answered this question and by telling you the History of Casio watches, we tell you how Casio become a world large watch brand?

Engineer Kashio Seisakujo established Casio Computer Co., Ltd. in 1946 in Tokyo, Japan. The successful finger ring pipe that allowed smokers to smoke hands-free was Kashio’s first significant product. Kashio and his brothers Toshio, Kazuo, and Yukio utilised the earnings from the pipes they sold in 1949 to create calculators, which were initially introduced in 1954–a groundbreaking calculator that featured an electrified keyboard.

Is Casio a Good WatchMaker? 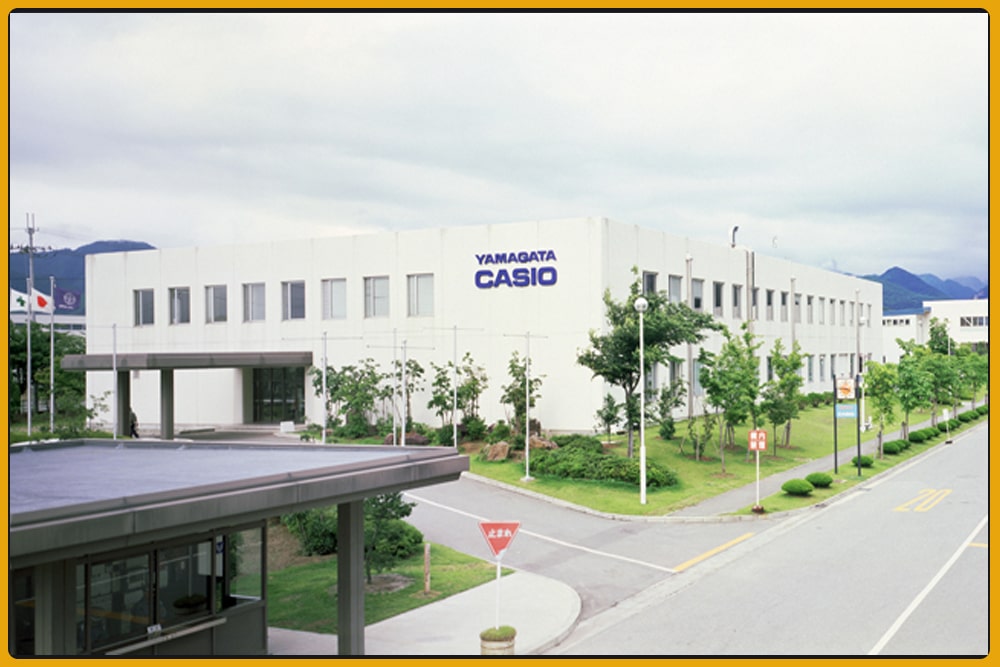 A wristwatch, which is an important part of any outfit, does not have to be expensive to look nice. When my bank account told me I couldn’t buy a watch that cost more than $1,000, I had this thinking. So I chose to get a Casio, but first I needed to know if it was a good watch brand.

Casio is a low-cost Japanese watch brand that outperforms rivals in the same price range in terms of quality. Carbon fibre, 10 times stronger than iron, is used in the new additions to the G-Shock series. They took home the iF Design Award for best industrial design, which is given out every year.

Now we’ll look at the Casio brand’s most important features.

To begin, Casio offers a variety of styles customized to certain needs. We’ll look at a few of them right now.

G-Shocks are most likely familiar to you. Casio’s most popular watch series to date is the G-Shock. They’re known for their sturdiness. Time and time again, G-Shock watches have shown to be among of the toughest watches on the market. This is the watch to have if you need a watch that can withstand a lot of punishment.

Remember how I said that Casio watches really started to gain traction in the 1980s and 1990s? Casio, on the other hand, has brought their old styles back with its retro throwbacks. These timepieces are designed to look like the watches that were so popular during the golden age. They may now reach out to a whole new generation of fans!

The Pro-trek range of timepieces from Casio is designed for outdoor activities including hiking, hunting, and camping. You may believe that a G-Shock is appropriate for these activities, and you would be correct. Pro-trek watches, on the other hand, have more specialized functions for these activities built in, such as a barometer, temperature, altimeter, and compass.

In any industry, pricing is quite crucial. When it comes to capturing the hearts of customers, a healthy balance between a high-quality product and a reasonable price must always be maintained. Casio has a great handle on this balance.

When you look at some of the watches we discussed before, you’ll realize that the majority of Casio’s watches are quite affordable.

The brand’s main goal is to create high-quality products that are affordable to the majority of customers. Any good brand will always have this as a crucial component. This is one of the main reasons why Casio is such a popular watch brand.

This is the final thing we’ll look at today, and it’s the most crucial component of a successful business. Customer satisfaction is at an all-time high. No matter what kind of goods a company makes or how economical it is, if its clients aren’t happy with it, it won’t last long.

Casio, of course, has a very good customer satisfaction rating. Take a look at the reviews for their watches, and you’ll notice that they’re overwhelmingly positive. This applies to all of their various models and styles.

Casio is better than other watches

With an unmatched and incomparable reputation, Casio is the most reliable and trustworthy watch brand. Casio began operations in Tokyo, Japan, in 1946. The company’s products include calculators, telephones, digital cameras, electronic musical instruments, and analogue and digital timepieces.

The issue then becomes, why is it better than other watch brands? Casio is well-known for its gorgeous, one-of-a-kind, fashionable, robust, and futuristic timepieces, which are packed with several unique and contemporary features and functionalities. Casio watches are created with the requirements of today’s materialistic societies in mind.

Casio is a multinational electronics manufacturer based in Shibuya, Tokyo. The most common question is, “Where are Casio watches made?”.

Casio didn’t make watches in its early years, as I said earlier. In reality, it took them a long time to break into the watchmaking sector following their founding. Let’s take a look at when Casio first started creating watches and how it got to where it is now:

Kashio Seisakujo created Casio in Mitaka, Tokyo, in April 1946. Casio introduced the Casiotron, the first electronic timepiece, to the watchmaking industry in November 1974.

The 31-CS10B was the company’s first wristwatch with an LCD display, released in September 1978.

Casio’s G-SHOCK, the world’s first shock-resistant wristwatch, was released in April 1983, and it caught the watch world by storm.

Casio Watches: What Makes Them So Popular? 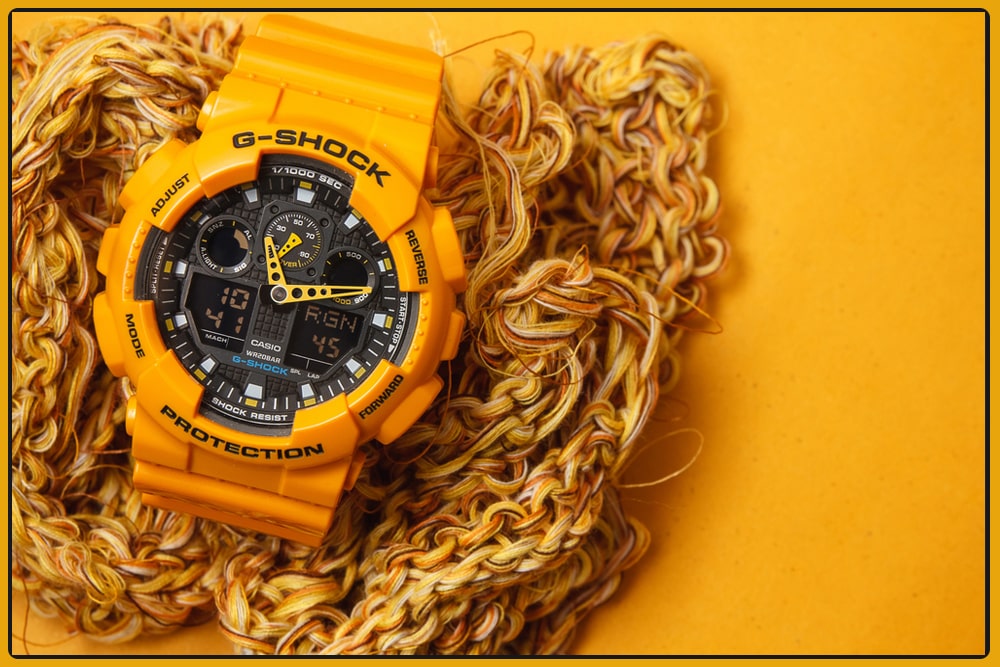 Aside from these celebrities, there are a slew of others who favor a rugged Casio wristwatch. What are these people wearing, and where do they wear them? Let’s get into the details: Bill Gates wears a Casio watch. Yes, you read that correctly.

Do you know what kind of watch Pope Francis wears on a regular basis? Well! It’s a Casio MQ24-7B, and while some media outlets assume it’s a swatch, photographs taken at separate times indicate otherwise. Chung Eui-Sun, the vice-chairman of Hyundai Motor Company, recently signed a contract with Rimac Automobili while wearing a Casio F-91W watch.

Dimitry Medvedev, Russia’s Prime Minister, has been seen sporting a bright G-Shock GA-110HC-1A watch. The Casio F-91W was seen on the wrist of Chuck Feeney, the Co-Founder of the Duty-Free Shoppers Group and a well-known philanthropist who contributed 99 per cent of his fortune to charity.

Is it true that G-Shock Watches are less Expensive in Japan?

In Japan, Casio watches, such as the G-Shock, are less expensive. G-Shocks used to be made in Japan, but these days they’re usually made in China, Malaysia, or Thailand.

However, the majority of high-end G-Shocks are still built in Japan. Casio watches are cheaper in Japan than in the United States since they are manufactured there or in adjacent countries, shipping is inexpensive, and most importantly, a large percentage of the population wears Casio G-Shocks, so they are literally everywhere.

Expect prices to be lower, but not much so, about 5-10% lower than in the United States. G-Shocks may be found in abundance at Yodobashi Camera and Bic Camera.

In Japan, outlet malls are a great place to find a decent discount on a G-Shock. You’ll also find a lot of models that are hard to come by in the United States. The benefit of purchasing in Japan is that it is tax-free if you intend to bring it back to your home country.

Where Can I Purchase Casio Watches? 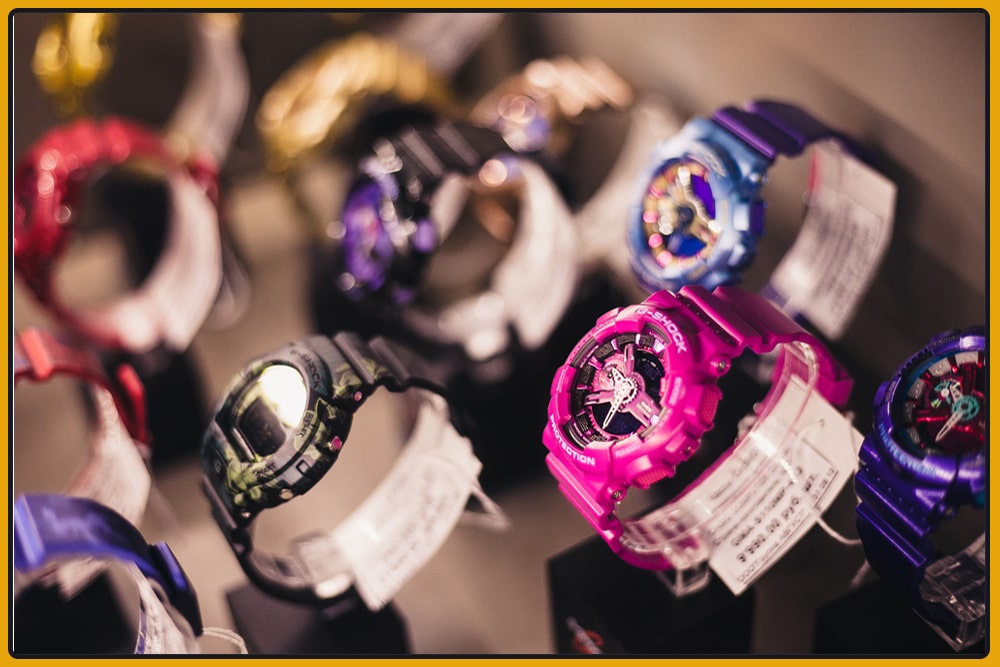 Casio websites provide simple access to the brand’s stores around the world. On this page, for example, there are more than a dozen nations to pick from, each with hundreds of dealers. This Casio US page allows you to shop online or find Casio dealers in the United States. Casio watches, both new and used, may be found on Amazon, and you can also look for them on eBay.

Customers should be aware that some Casio items are occasionally offered and sold by unauthorized companies, as stated on the Casio website: “Casio products obtained by these companies are not purchased from Casio, but may instead be obtained through a secondary “grey” market.” These items could be broken, faulty, “B” stock, counterfeit, or even stolen.”

Casio watches come with a limited warranty that covers service only in the nation where they were purchased. If the item’s problem is caused by improper treatment, fire/natural calamity, improper repair by a non-Casio-authorized service centre, damaged case/band/glass/battery, no proof of purchase, or an expired warranty, the consumer will not be able to use the warranty to cover the cost of repairs or adjustments.

So, after reading this essay, you should have a solid idea of why Casio is such a fantastic watch brand. This is a business that is always improving and innovating.

They’ve built a strong name for themselves in the industry, and they’ve kept it by continuously releasing high-quality products.

They will, without a doubt, continue to make high-quality, well-known timepieces for many years to come. In any case, this article comes to a close. I hope you found it useful and that it answered your questions.